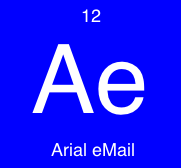 Mass Email Software For Government
Since governments usually deal with large lists of email recipients, the need for a mass email software like Campaign Enterprise is extremely useful in getting out many types of material.  Government agencies many times also have strict requirements on security and privacy.  With Campaign Enterprise the government agency can connect to their own internal databases and do not have to send their lists out to a email sending service.  Campaign Enterprise has been used from local governments to nation-wide federal agencies in the United States and other countries.  Here are some current uses of the software:
We offer a 15% discount for all government institutions.


_Have Questions?
Let us help you find the right software application for your email marketing needs. Explore the links or contact us at 949.218.3852.